Surprisingly (even to me) this is not an essay about Television or disconnecting oneself from a pay-tv entertainment service. We can talk about that some other time. This is instead a discussion of the virtues of destroying troublesome electronics, once their failure mode is fully understood. Let me share a little story.

I recently purchased an audio amplifier on eBay. After some delays and minor worries, the amplifier arrived at my doorstep in good condition. There was no shipping damage and no visible issues. I cleared some work space and set up the necessary connections to an audio source and some speakers. Carefully turned the volume knobs down and then I pressed the magic Power button.

No power indicator lamp glowed, no relays clicked, no sizzle of burning components: just nothing. The AC input circuit breaker on the amplifier was not tripped.

The AC power cord looked fine with no obvious damage, but since I happened to have an extra power cord nearby, I tried again with that different power cord. Now, the Power-LED glowed bright blue after pressing the Power button and the speakers emitted nice music when I turned up the volume knobs. (I could not identify any defects in the amplifier, even with extensive testing.)

Turning back to the suspected bad power cord, I checked for resistance through the Safety Ground, Neutral, and Line connections. Only the Line connection measured as an open-circuit. I cut that bad cord in half. Re-measuring showed that the Plug end was fine, but the Socket end was open-circuit on the Line contact. 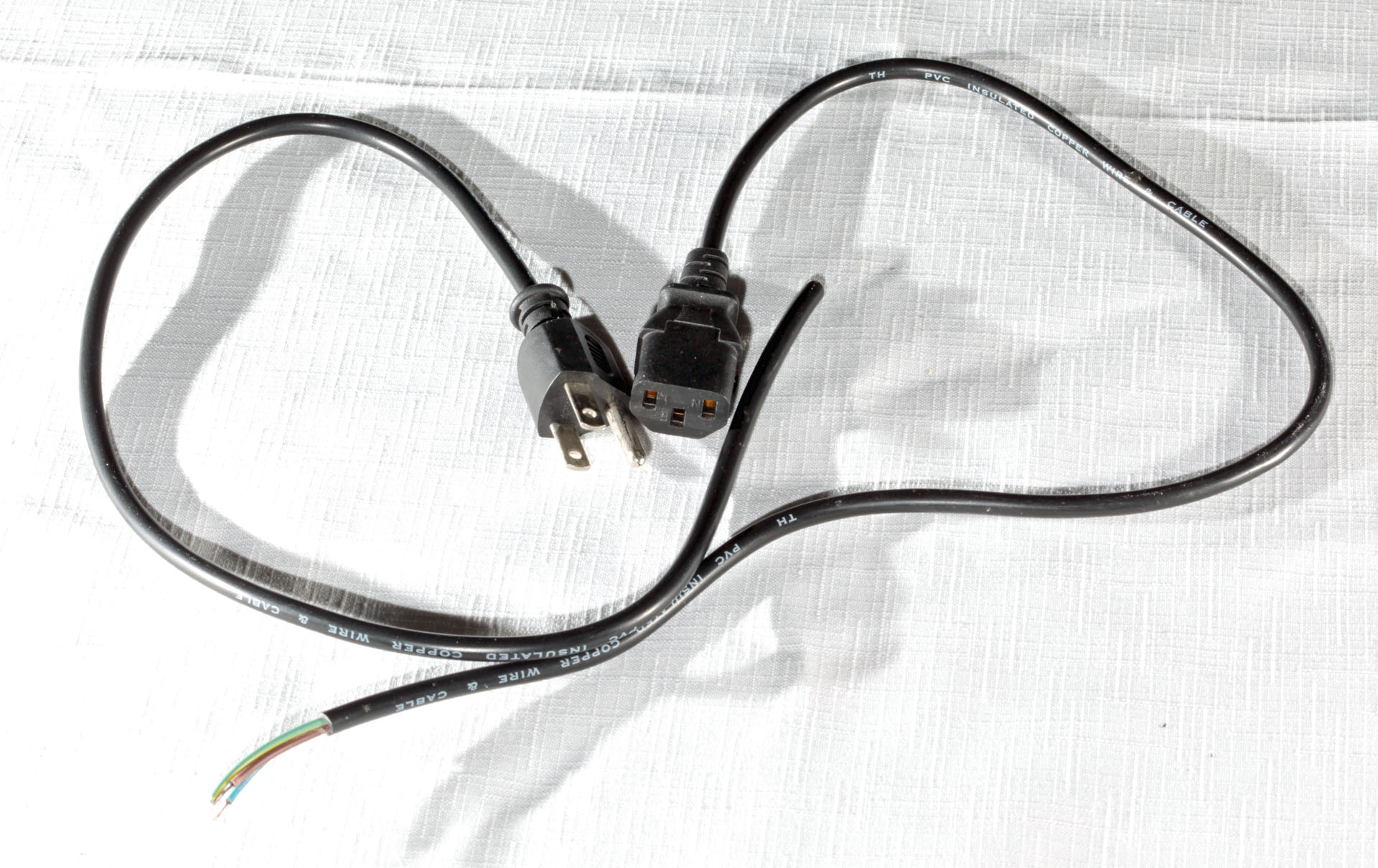 By repeatedly cutting the Socket end, I was able to determine that the open circuit appeared about 2 to 3 inches from the socket strain-relief. That was logical, since a first downward bend on the cable would be maximized about there. But I was much more horrified as I kept stripping back insulation and finding very little conductor. The remaining strands looked oxidized. Everywhere in that cable, the conductors looked significantly undersized for a 10A cable. I could not find any indication of a manufacturer, brand, or UL/ETL safety mark anywhere on that bad cable. Somebody had cheated to save money.

My final act after documenting the failure was to chop that power cord into much smaller bits. It felt good and completely removed any temptation to recover any part of that poorly built device. The remains were happily dumped into the trash. 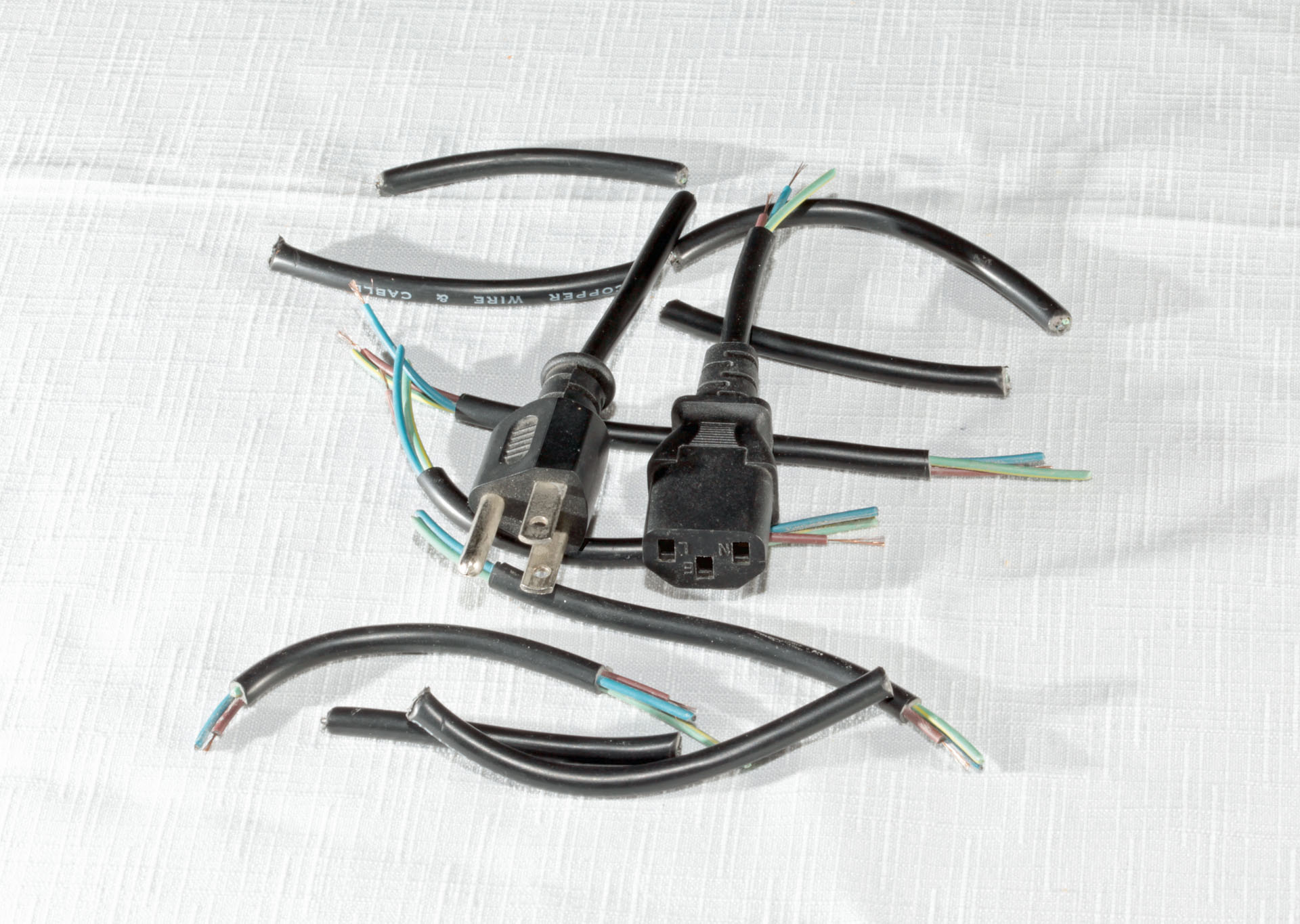 I had learned the wisdom shared here from the late Bob Crawford, a veteran engineer of NBC in Washington DC; and also having served in the White House Communications office. He was a truly smart and kind fellow.

Mr. Crawford taught me that if you ever found a bad cable, the best thing you could do was to cut that offending cord into unusable pieces and throw it away. There were several good reasons to do this:

In conclusion, be especially cautious about safety-related components. When you find a bad or intermittent cable, cut the cord and throw it away.