Home > Blog > How my sons and neighbor saved Christmas

How my sons and neighbor saved Christmas

Late last November, my wife and I were traveling overseas. It was a long awaited trip-of-a-lifetime for us.

Our sons were frequently checking on our house. But one day, our younger son stopped into the house only to find that the electricity seemed to have gone crazy. Lights were blinking and multiple Uninterruptible Power Supplies (UPS’s) were sounding alarms. He asked our friendly neighbor if they were having electrical problems—to which the answer was no. Lights were also on at several adjacent houses.

But our neighbor had been through a lightning strike event at his house a few years back and offered to help. First, they went into the basement and checked to see if any circuit breakers were tripped.  No luck there. Out in the yard, they could hear an outdoor unit of a heat-pump/air-conditioner trying and failing to start. That convinced our neighbor that perhaps at least one phase of the incoming AC power was bad. (His diagnosis was soon proved correct.)

Finally, they walked over to the electric meter on a far corner at the back of the house. What they found astonished them. The meter was basically hanging out of the meter-base. The meter-base (metal box) appeared to be charred and misshaped.  The meter-base had essentially exploded. 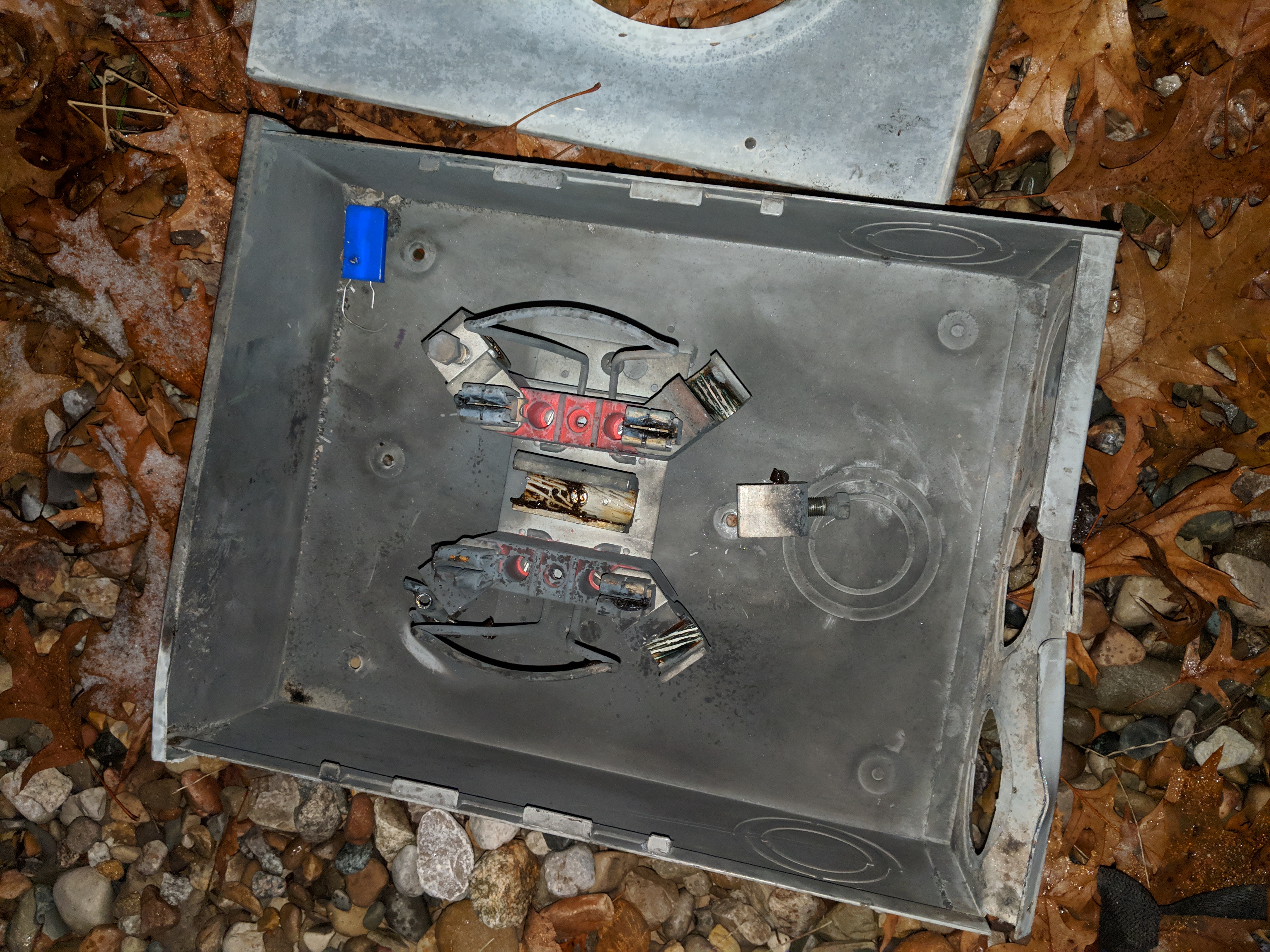 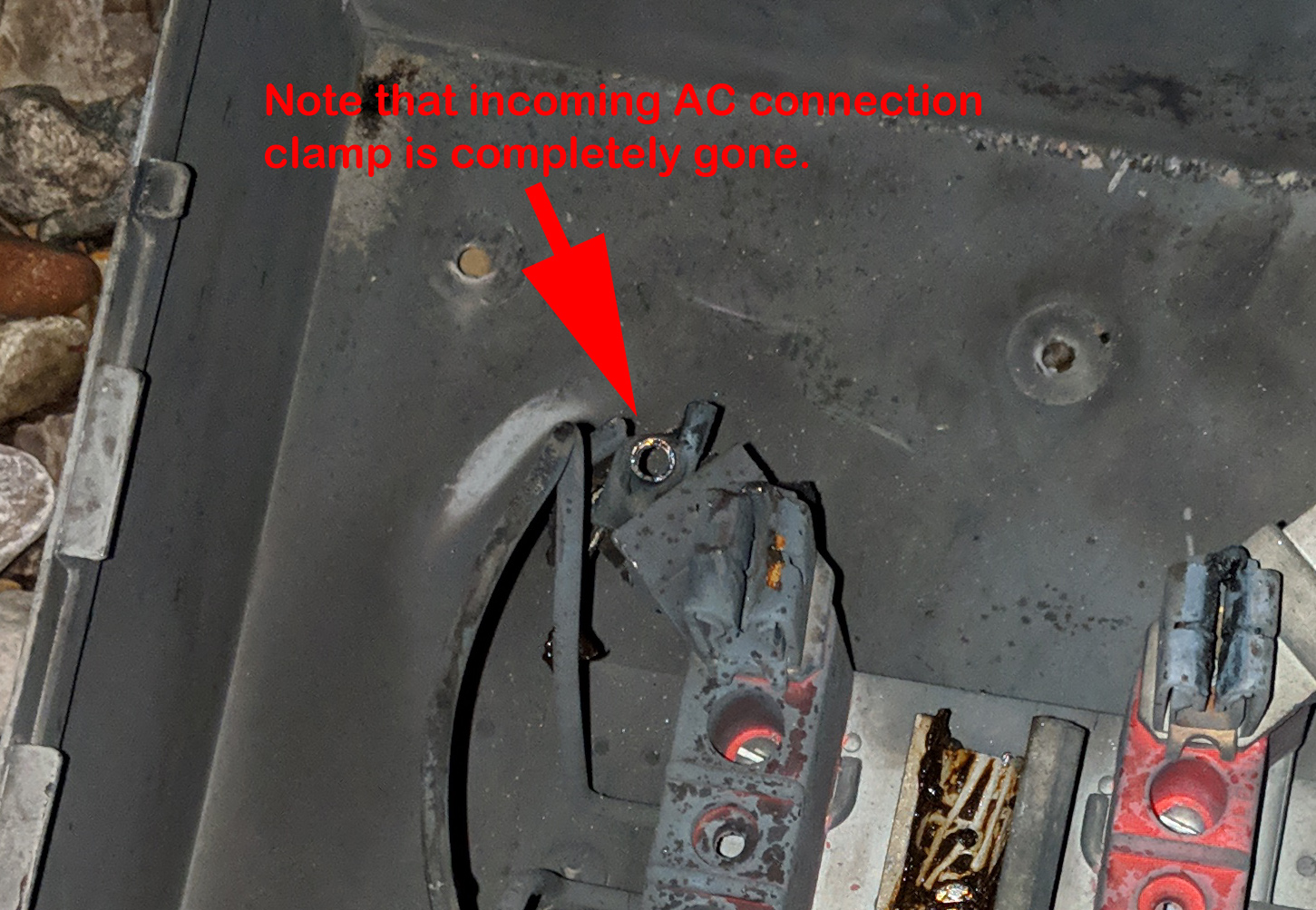 My son contacted the local power company, and our neighbor (having been through a similar event) knew that we would need to provide a replacement meter-base. The Power Company owns the incoming lines and the meter, but the homeowner owns the meter base. Our younger son and neighbor contacted our older son who volunteered to pick up a replacement meter-base from a local hardware home supply store (Menards).

The older son and his wife arrived with a new meter base just as the Power Company technician was shutting off power to the house at the transformer. My son tells me that his wife provided critical help during the repair process. Indeed, I have often found that difficult problems are typically solved with the help of many unsung heroes.

The Power Company tech stayed with the older son and neighbor, offering advice and some tools to help them quickly replace the meter-base. He then repaired the incoming (Power Company) lines which had been significantly damaged inside the old meter-base during whatever event had happened there. Finally, he re-enabled power from the mains transformer.

I cannot be 100% sure what kind of event caused this failure, but I am suspicious that there might have been a direct lightning strike nearby. It seems unlikely that the 220VAC system could deliver enough energy to blow up the meter-base and melt through aluminum wire connections with the same diameter as my thumb. There was no evidence of a short circuit internal to the house. The wiring from the meter-base into the house was completely undamaged. 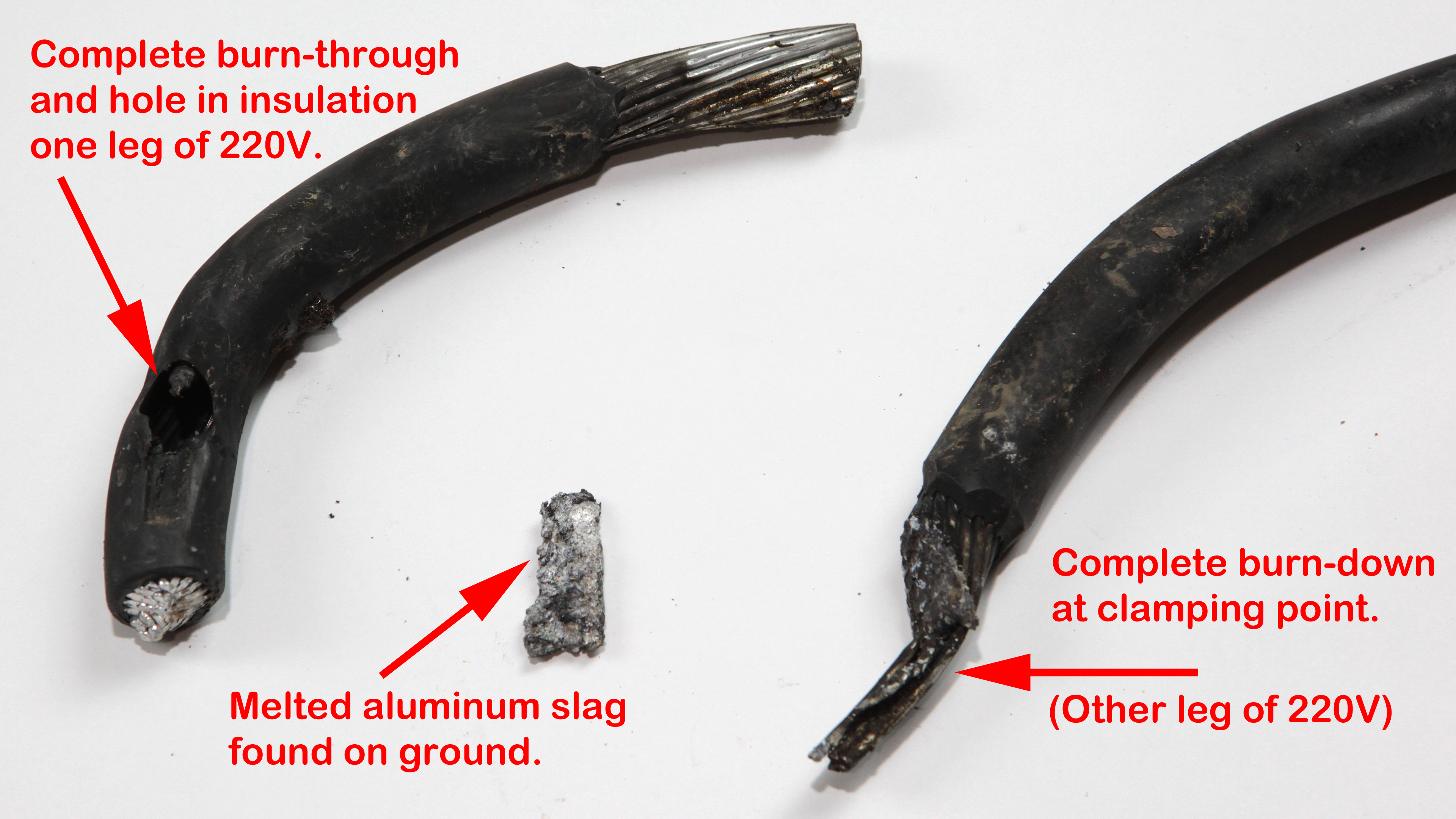 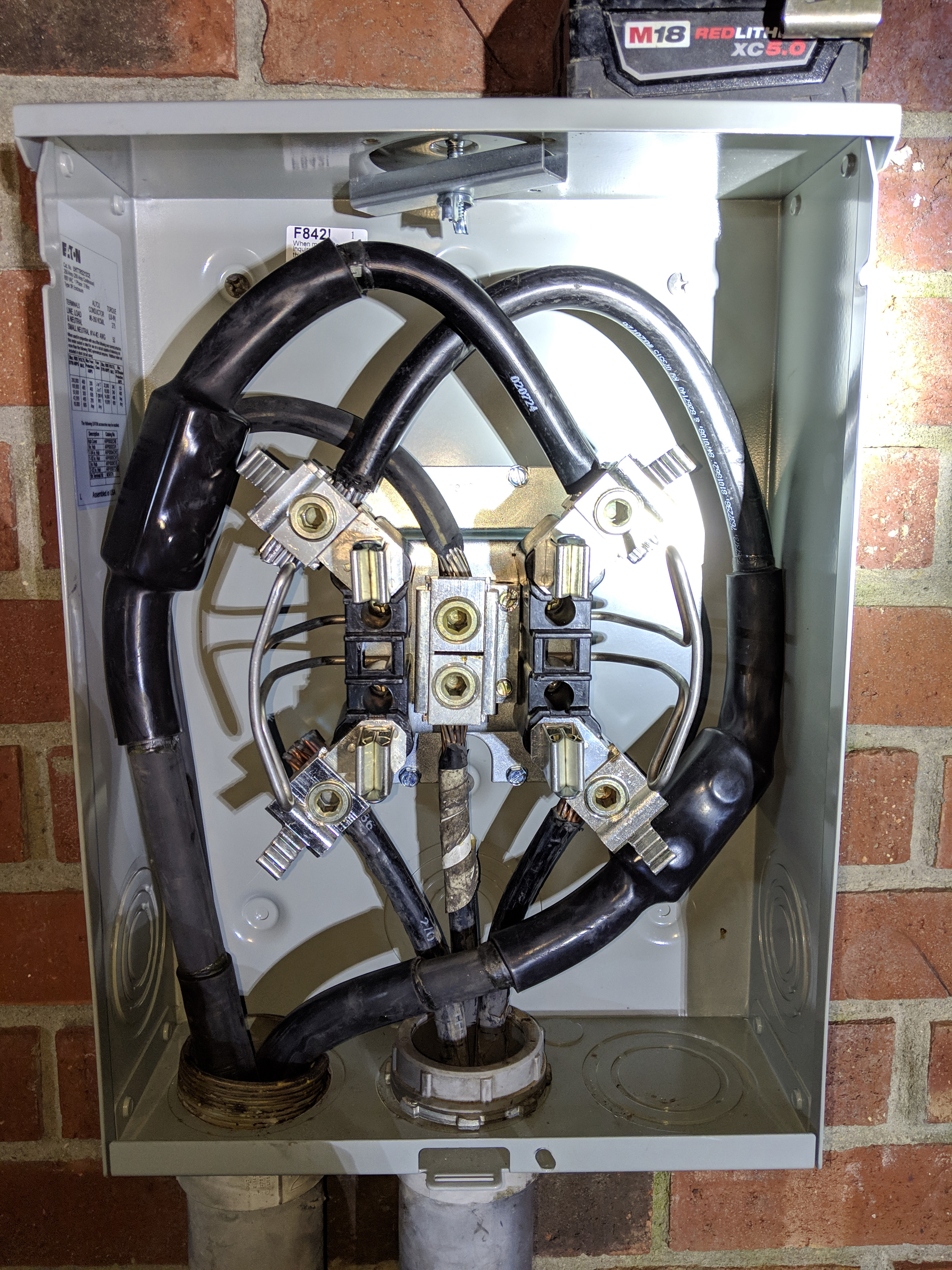 One UPS destroyed by the event was replaced by my son. I later found that two memory modules in a laser printer were broken, almost certainly caused by the same event. New memory modules quickly brought that laser printer back to life. Even our food in the refrigerator/freezer was not damaged, since the power outage was reasonably short.

In any case, the quick action and attention-to-detail by my sons, my neighbor, and the power company meant that power to the house was quickly restored—and more importantly, the house did NOT burn down. We have much to be thankful for and greatly appreciate the work of our sons, their spouses, our neighbor, and the power company in saving our holidays.