I recently found my pair of kneepads that had gone missing for nearly a year.

These kneepads are one of the simplest and cheapest tools. They work for a wide variety of tasks. Basically, they can be used for any task where I might need to kneel down or crawl around on the ground or on a structure.  This particular pair has a hard plastic surface plate plus a softer elastic band for each knee.

I used these kneepads extensively while rebuilding a wood deck during the summer of 2020. Then I used them at the end of the year while digging a trench to bury a conduit. Then those kneepads magically disappeared.

I had checked through nearly every bin that I use to store and haul tools around. I had checked in the closet where I keep my photography gear. You might be surprised at how often I have used kneepads while photographing an event. They can protect knees and clothing quite well against many rough surfaces including concrete, rock, and dirt. But no joy: my kneepads were determined to hide from me.

Finally, I was looking around for something else when I noticed that I had stuffed some protective paper into a large bucket. Lifting out the paper, there (!) were my missing kneepads along with a pair of dirty nitrile gloves. They were just sitting at the bottom of the bucket the whole time. Judging by the dirt on the kneepads and gloves, my last task using them had involved some digging, but I really can’t remember which job they were used on last or why they ended up in the bottom of that bucket. It doesn’t really matter, but I wish my memory were better. 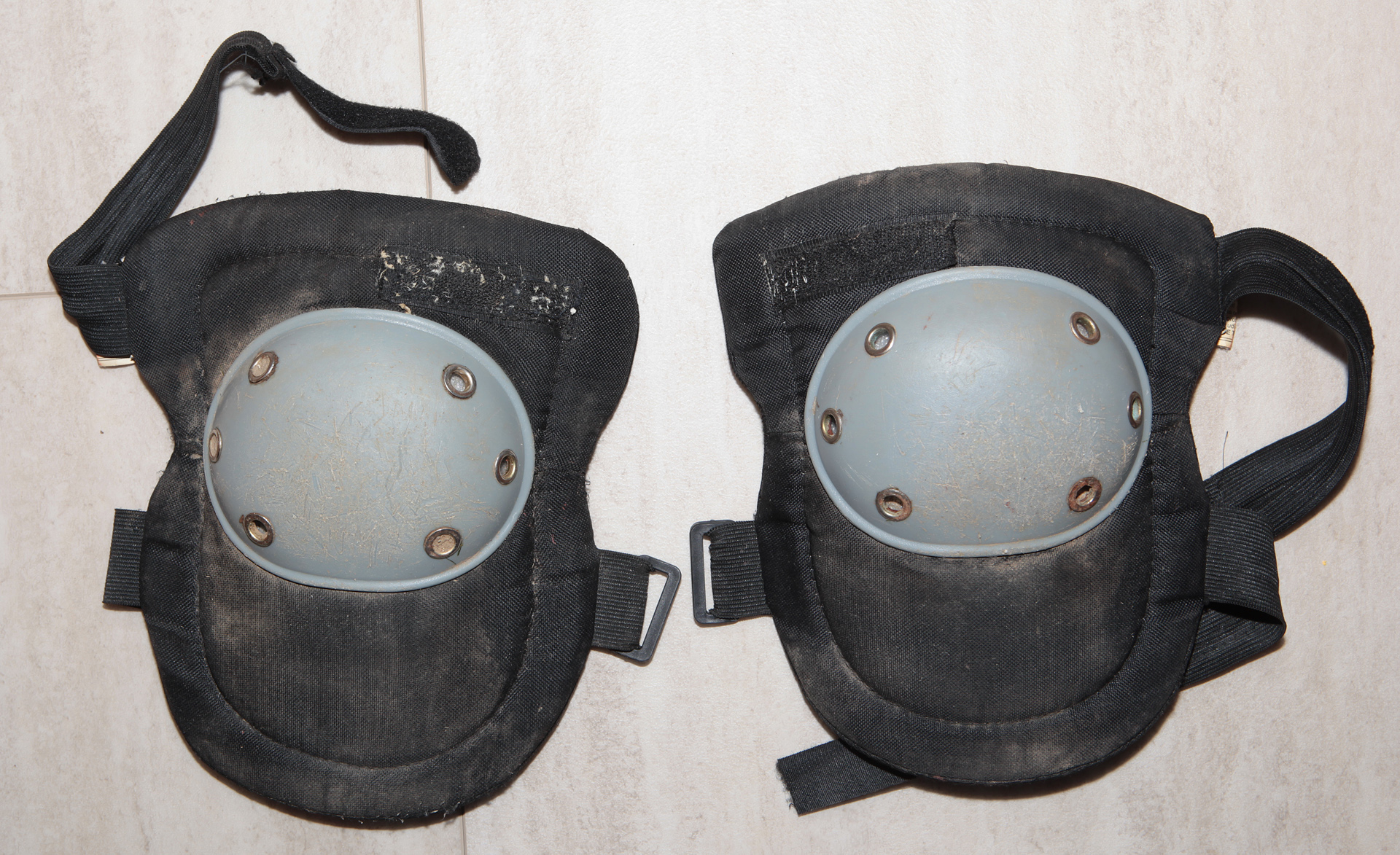 The biggest lesson-learned for me was that I should have returned those kneepads to my bin of protective gear. This bin already includes various work gloves, goggles for eye protection, breather masks -- dust filtering, not N95 health type stuff -- and plastic-paper overalls. It’s that old “a place for everything and everything in its place” saying coming to haunt me.

The second lesson-learned was how much I missed having those kneepads this past summer. I guess I really do a lot more kneeling down and crawling around than I would have thought. I could have purchased a new set, but I never wanted to stop what I was doing just to go get that one extra tool. In retrospect, maybe I should have done that anyway.

Lots of things in life are like those kneepads. They help you and protect you, but you never appreciate them much until they aren’t there. Some coworkers and friends are that way too. You don’t appreciate them until they are not available. But unlike kneepads, you can’t just go buy a new good friend or coworker.